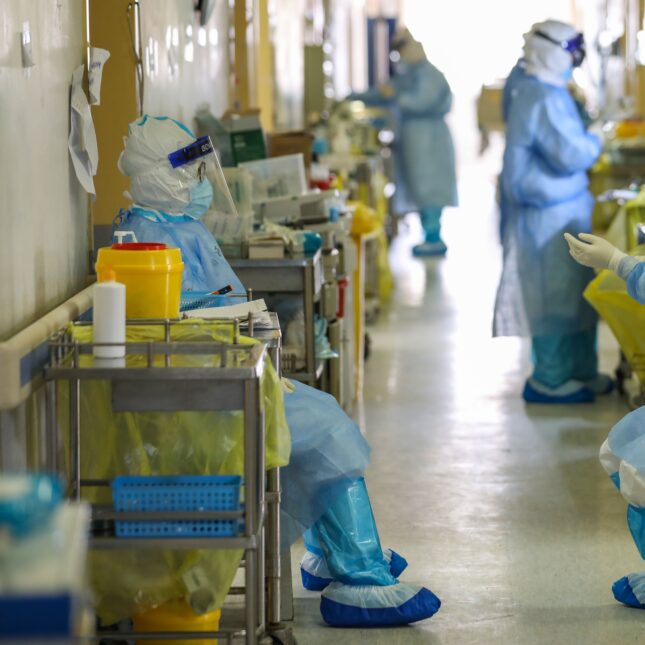 The U.S. has surpassed 1 million new confirmed coronavirus cases since the start of November.

The tally of cases in just 10 days shows the reach of the virus amid a strong fall surge.

Several states posted new highs Tuesday, including 12,000 new cases in Illinois and more than 7,000 in Wisconsin, where the governor planned to take the unusual step of delivering a live address to the state urging unity and cooperation to fight the virus.

The death toll is also soaring and hospitals in several states are at the breaking point. Indiana reported 63 new deaths Tuesday.

Meanwhile, Johns Hopkins University also reported more than 50.5 million COVID-19 cases globally as of early Monday. There have been more than 1.2 million deaths from the disease worldwide since the pandemic started.

The U.S., with about 4% of the world’s population, has accounted for almost one fifth of all reported cases. The nation has seen more than 237,500 deaths from the virus since the pandemic started, according to the university’s data.

The milestone comes as U.S. drugmaker Pfizer said that human trials suggest its coronavirus vaccine is 90% effective at preventing infections in people not known to have had the virus already. Pfizer said it would be applying for Emergency Use Authorization from the FDA as soon as final data meets safety milestones, which it expects to happen in the third week of November.