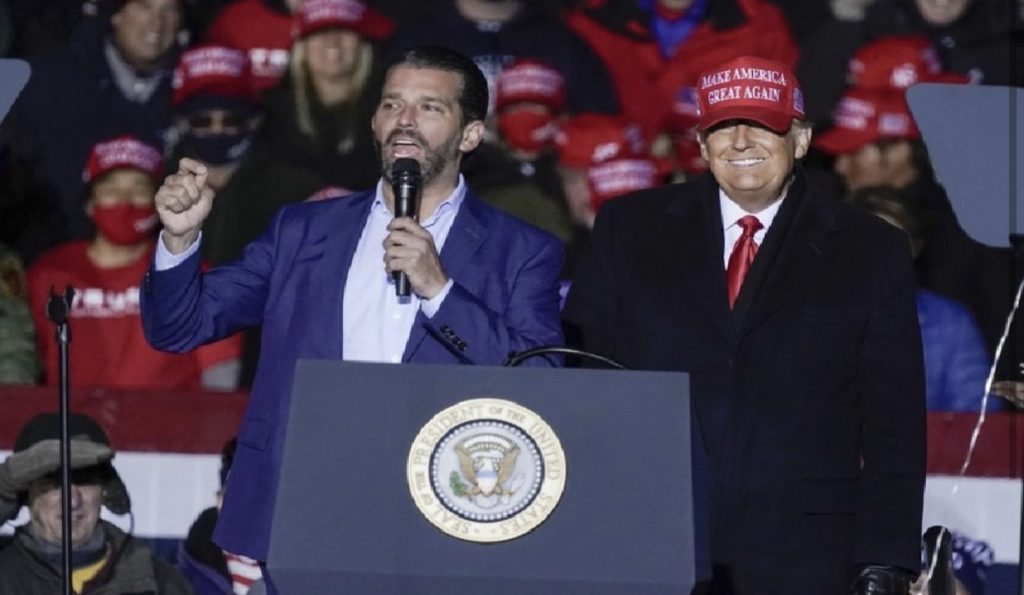 “My son Donald is doing very well. Thank you!” the president tweeted, following Friday’s disclosure that the 42-year-old Trump scion had become one of the nearly 12 million Americans infected by the virus.

More than 250,000 Americans have lost their lives to the virus, the highest death toll of any country.
Donald Trump Jr. learned of his positive test result earlier this week, has had no symptoms and was following all medically recommended guidelines for treating the illness, said a spokesperson, who was granted anonymity to discuss private medical information.

President-elect Joe Biden made President Trump’s response to the virus a top issue in the recently concluded race for the White House, though Trump has yet to acknowledge the outcome.

President Trump, first lady Melania Trump and their son Barron have all recovered from their coronavirus infections in October. The president spent three days in a military hospital, where he was treated with experimental drugs; the first lady weathered her illness at the White House.
Donald Trump Jr.’s girlfriend, Kimberly Guilfoyle, tested positive for the coronavirus in July.

Scores of people who work for or associate with the president have also recovered from recent infections, including White House chief of staff Mark Meadows, press secretary Kayleigh McEnany and former New Jersey Gov. Chris Christie.