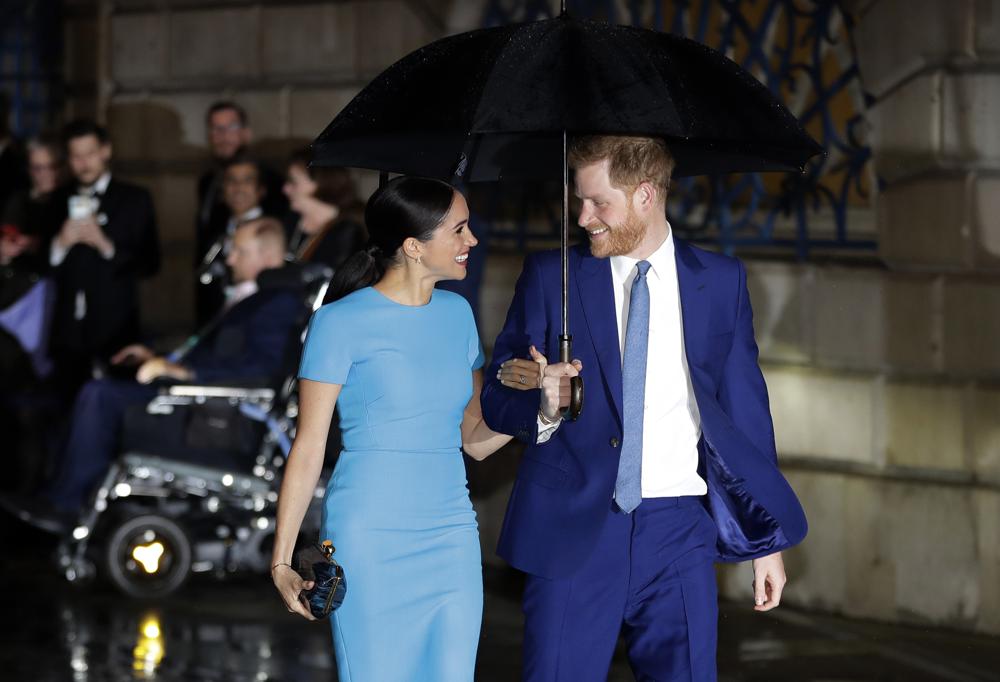 Prince Harry and Meghan may have stepped away from their royal duties — but family appeared to be top of mind in naming their second child, Lilibet “Lili” Diana Mountbatten-Windsor, who was born Friday in California.

The name pays tribute to both Harry’s grandmother, Queen Elizabeth II, whose family nickname is Lilibet, and his late mother, Princess Diana.

“Thank you for your continued kindness and support during this very special time for our family,” Harry and Meghan, also known as the Duke and Duchess of Sussex, wrote in a statement that accompanied the birth announcement Sunday.

The baby is “more than we could have ever imagined, and we remain grateful for the love and prayers we’ve felt from across the globe,” they continued.

The baby girl was born at 11:40 a.m. at the Santa Barbara Cottage Hospital in Santa Barbara, California, and weighed in at 7 lbs, 11 oz, a spokesperson for the couple said. The child is eighth in line to the British throne.

A Buckingham Palace spokesperson said the queen; Harry’s father, Prince Charles; his brother, Prince William; and other members of the family had been informed and are “delighted with the news of the birth of a daughter for The Duke and Duchess of Sussex.”

Harry and Meghan Markle — formerly an actor — married at Windsor Castle in May 2018 and welcomed their son, Archie Harrison Mountbatten-Windsor, a year later.

No photos of the newborn or the Sussexes accompanied the announcement. The couple has said that in lieu of gifts, they request those interested learn about or support nonprofit organizations working for women and girls, including Girls Inc., Harvest Home, CAMFED or Myna Mahila Foundation.

The birth of the healthy baby girl opens a happy chapter for the couple following a miscarriage in July 2020. Meghan gave a personal account of that traumatic experience in hope of helping others.

Months before the miscarriage, the couple announced they were quitting royal duties and moving to North America, citing what they said were the unbearable intrusions and racist attitudes of the British media. They live in Montecito, an upscale area near Santa Barbara, California.

In the wake of quitting royal duties, they gave an explosive TV interview to Oprah Winfrey in March, in which the couple described painful comments about how dark Archie’s skin might be before his birth and Meghan talked about the intense isolation she felt inside the royal family that led her to contemplate suicide.

Buckingham Palace said the allegations of racism made by the couple were “concerning” and would be addressed privately.

Winfrey and Harry recently collaborated on the Apple TV+ mental-health series “The Me You Can’t See.”

In the interview with Oprah, Meghan also talked about the fact that her son was not given the title of prince. Harry said the royal family cut him off financially after he announced plans to step back from his roles — and that he was able to afford security for his family because of the money his mother left behind.

Despite leaving royal duties, Harry’s place in the order of succession to the throne remains.

Lilibet’s birth moves Prince Andrew, who was born second in line in 1960, down to ninth place.