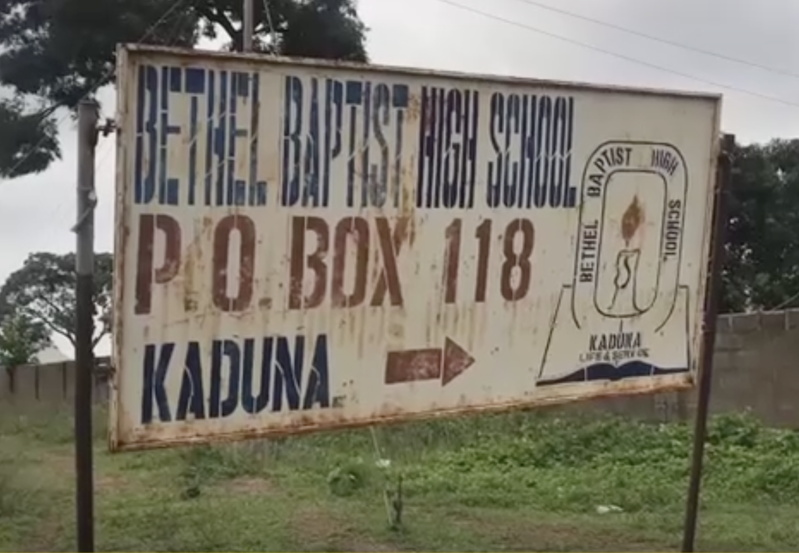 Twenty eight children have since been reunited with their families after the mass kidnapping at the Bethel Baptist High School in the state of Kaduna.

Reverend Ishaya Jangado, head of the Kaduna Baptist conference, which manages the school, gave an update on the situation after more than 150 children were taken from the school on Monday.

He said that the abductors made contact with him on Tuesday, and that he was allowed to talk to some students who confirmed that they were unharmed.

Search and rescue operations are ongoing, Rev Jangado said, adding that he “strongly believes” that the students will “soon” return safely to their parents.

He added: “The situation we have found ourselves in is indeed pathetic, particularly for the parents of the kidnapped students and the school community.”

A video on the website Africa News shows the distraught parents praying in a group, for the children’s return, while holding the sandals that they had left behind.

The mother of a 15-year-old girl who was kidnapped from the school told the BBC that the children had been seized by a large group of armed men who arrived on motorbikes and broke down the fence.

In a statement, police said gunmen “overpowered the school’s security guards and made their way into the students’ hostel where they abducted an unspecified number of students into the forest”.

A local government official said troops were stepping up efforts to find the victims. It is believed that some of the students may have escaped the attackers.

It is the 10th mass school kidnapping in northwest Nigeria since December, and is the fourth in the Kaduna state in the last six months alone.

Parents told Reuters that 180 students typically attend the school, and that pupils were in the process of sitting exams.

Nigerian authorities have attributed the kidnappings to what they call armed bandits that are seeking ransom payments.

Many schools have been forced to close as officials are unable to adequately protect them.

The United Nations children’s agency Unicef warned that the rise in school kidnappings is disrupting the education of students in northwest Nigeria, with between 300,000 to 400,000 children being out of school.

It estimated that more than about 1,120 schools are closed in the region. Even where schools are open, some parents are too afraid to send their children.

On Sunday morning, at least eight people were also abducted from the National Tuberculosis and Leprosy Centre in Zaria, in the Kaduna state. Two nurses, a 12-month-old child and the mother were among those seized, said a hospital worker.

About 125 students are still missing after armed men attacked a boarding school during the night in Nigeria.