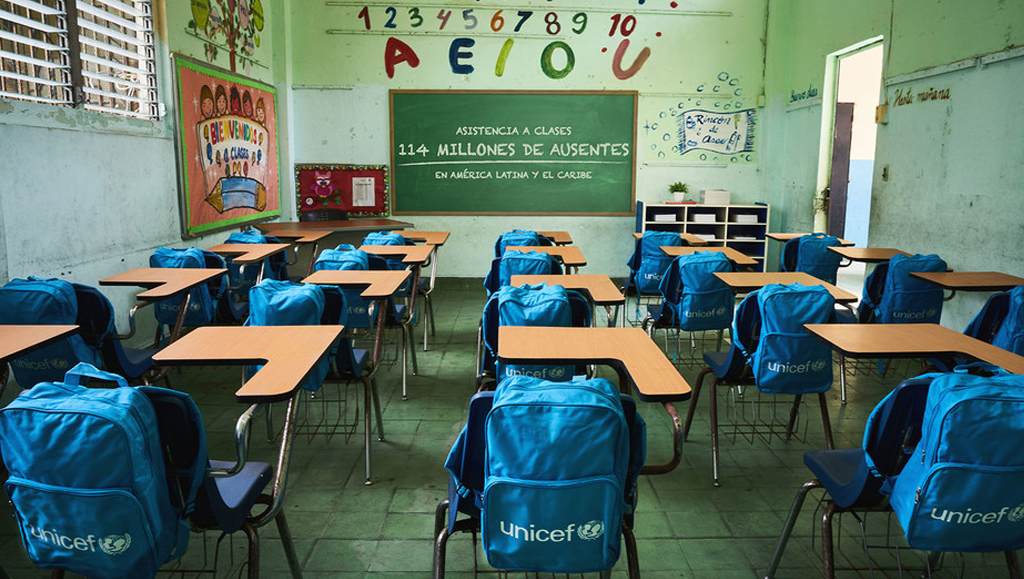 UN News – A culture of “safety, friends and food” at school has been replaced by “anxiety, violence, and teenage pregnancy”, with remote learning out of reach for millions, the UN Children’s Fund, UNICEF, said on Tuesday.

Due to the COVID-19 pandemic, “more than 600 million children in countries not on academic break are still affected by school closures”, James Elder, UNICEF spokesperson at a press conference at UN Geneva.

In countries such as Uganda, this has led to a “20 per cent spike in the last 15 months in teen pregnancies, or pregnancies of 10-24-year-old girls, who were seeking antenatal care. Across the globe in all continents we’ve seen child helplines, a good precursor to understanding kids who are reporting violence, seeing often triple-digit increases,” said Elder.

In nearly half of countries in Asia and the Pacific, schools have been closed for around 200 days. Latin America and the Caribbean have seen some of the longest closures ever with 18 countries and territories affected by either full or partial closures.

As of today, the UN agency estimates in Eastern and Southern Africa that 40 per cent of all children aged 5 to 18 are currently out of school.

Elder added that if these figures “did not resonate with those in power, then a World Bank report estimates a loss of $10 trillion in earnings over time”, for this generation of students.

Remote Learning ‘Out Of Reach’

Equally alarming is the fact that the solution of remote learning is “simply out of reach” for at least a third of the world’s schoolchildren, the UNICEF spokesperson continued. In East Asia and the Pacific, “80 million children have no access whatsoever to any remote learning.

In Eastern and Southern Africa, Uganda school children have gone more than 300 days out of school, while home internet connectivity “is the lowest on the planet there at about 0.3%”.

In a call for action, UNICEF appealed for five main steps: Schools should reopen as soon as possible; governments and donors must protect the education budget; enrolment should be extended to children who were already out of school pre‑COVID‑19 – by removing financial barriers and loosening registration requirements – and cash transfers to the most vulnerable, must be increased.

“Everything needs to be done to bring an end to the pandemic,” Mr. Elder said, starting with making vaccines available everywhere by sharing excess doses and financing to support the roll-out of vaccines.