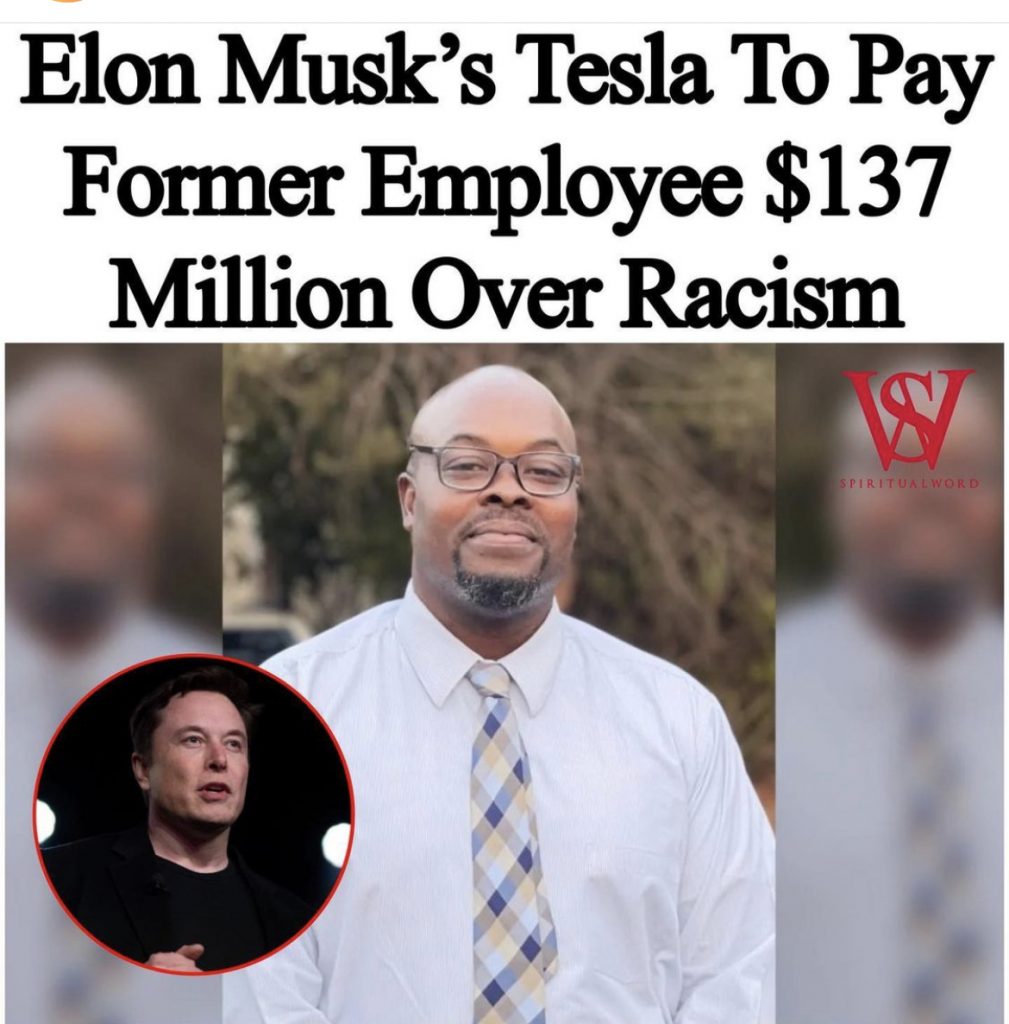 A federal jury in San Francisco has ordered Tesla to pay nearly $137 million to a Black elevator operator who accused the carmaker of ignoring racial abuse he faced while working at the automaker’s factory.

The plaintiff, Owen Diaz, said he worked at the factory in Fremont, Calif., for about a year in 2015 and 2016. There, he said, a supervisor and other colleagues repeatedly referred to him using racial slurs. He gave an account of his experience in a 2018 article in The New York Times.

In an interview on Monday evening, Mr. Diaz said he was relieved by the jury’s verdict, delivered earlier in the day. “It took four long years to get to this point,” he said. “It’s like a big weight has been pulled off my shoulders.”

He said employees had drawn swastikas and scratched a racial epithet in a bathroom stall and left drawings of derogatory caricatures of Black children around the factory. Despite repeated complaints, the company did little to address the behavior, he said.

“It’s not like they were removing the offensive behavior; they would just let people keep adding and adding,” he said.

The jury agreed with Mr. Diaz’s assertion that Tesla had created a hostile work environment by failing to address the racism he faced. A vast majority of the award — $130 million — was punitive damages against the company. The rest, $6.9 million, was for past and future noneconomic damages to Mr. Diaz.

“It’s a great thing when one of the richest corporations in America has to have a reckoning of the abhorrent conditions at its factory for Black people,” Mr. Diaz’s lawyer, Lawrence Organ of the California Civil Rights Law Group, said in an interview.

Mr. Diaz said he had reached a breaking point when he witnessed similar racist epithets directed at his son, Demetric, who secured a job — his first — at the company with Mr. Diaz’s help.

“My son watched his father being broken in front of him,” Mr. Diaz said.

In a message to Tesla staff members that was posted on the company’s website, Valerie Capers Workman, a human resources executive, noted that Mr. Diaz was a contractor, not a Tesla employee, and played down the allegations in the lawsuit.

“In addition to Mr. Diaz, three other witnesses (all non-Tesla contract employees) testified at trial that they regularly heard racial slurs (including the N-word) on the Fremont factory floor,” she wrote. “While they all agreed that the use of the N-word was not appropriate in the workplace, they also agreed that most of the time they thought the language was used in a ‘friendly’ manner and usually by African-American colleagues.”

The company, she wrote in the email, was responsive to Mr. Diaz’s complaints, firing two contractors and suspending another. Tesla does not believe the facts justify the verdict, she wrote, but acknowledges that the company was “not perfect” in 2015 and 2016. “We’re still not perfect,” she added. “But we have come a long way.”

Mr. Diaz sued Tesla alongside his son and another Black former employee, but only the elder Mr. Diaz’s claims made it to trial. It was not clear whether Tesla planned to appeal the verdict and the damages award.