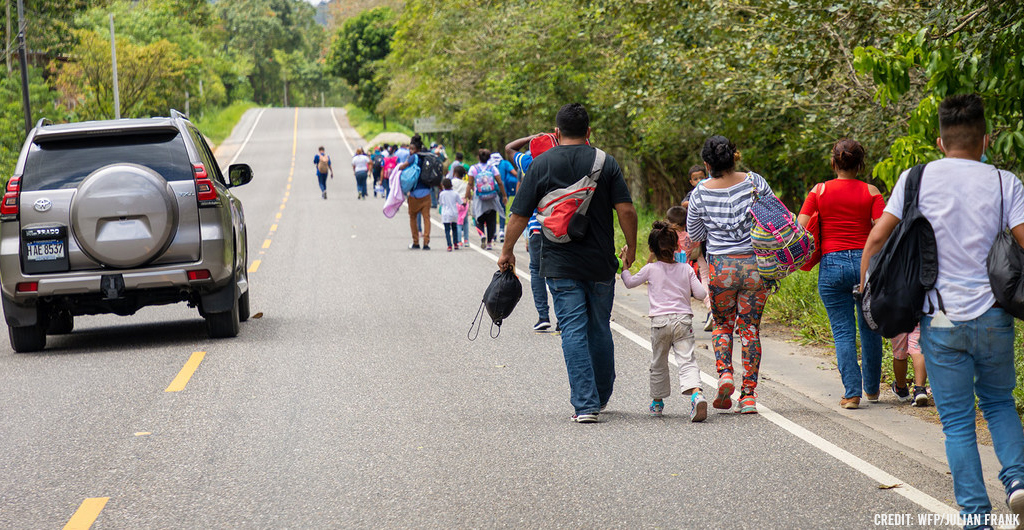 UN News – For the past five years, poverty, food insecurity, climate shocks and violence have pushed, on average, some 378,000 Central Americans a year into the United States, according to a new report launched by the UN food relief agency.

A joint report published by the World Food Programme (WFP), Migration Policy Institute (MPI), and Civic Data Design Lab at the Massachusetts Institute of Technology (MIT) also showed that a high price was paid in human and economic costs, including an annual $2.2 billion on regular and irregular travel.

The publication draws from a unique survey of thousands of Central American households in El Salvador, Guatemala and Honduras.

The report revealed that in just two years, the percentage of people who considered migrating internationally increased more than five-fold, jumping from eight per cent in 2019 to 43 per cent in 2021.

However, only three per cent, had made concrete plans. Family separation and high costs associated with migrating were cited as deterrents.

Most migrants, 55 per cent, were said to have hired a smuggler at an average cost of $7,500 per person while going through legal channels came at a cost of $4,500.

For 89 per cent of people, the United States was their intended destination country.

As many families would much rather stay home, WFP’s programmes are supporting sustainable livelihoods and offering people hope and opportunity in their own villages.

“But we need fresh funds to reach the millions planning to leave if they don’t get help soon”, said WFP Executive Director David Beasley.

According to the report, food-insecure people are three times more likely to make concrete plans to migrate than people who are not.

Food insecurity has seen a dramatic rise in Central America as the economic fallout of the COVID-19 pandemic and poverty continue to make it harder for families to feed themselves.

As of last month, WFP estimates that the number of food-insecure people in El Salvador, Guatemala and Honduras grew three-fold, to 6.4 million from 2.2 million in 2019.

Migration flows were also impacted by violence and insecurity, as well as climate-related shocks, such as severe droughts in the Central American Dry Corridor and more frequent and stronger storms in the Atlantic.

The report also presented Governments with a blueprint to confront the problem.

The report recommended economic development and investment initiatives that are tailored to community needs, including agricultural programmes to build climate shock resilience, diversify crops and boost production and job training programmes for youth and women in rural and urban areas.

Creating incentives for the diaspora to invest in public works in local communities was another proposal.

The report also recommended that the US and other migrant-destination countries expand legal pathways for Central Americans, such as by increasing access to temporary employment visas.