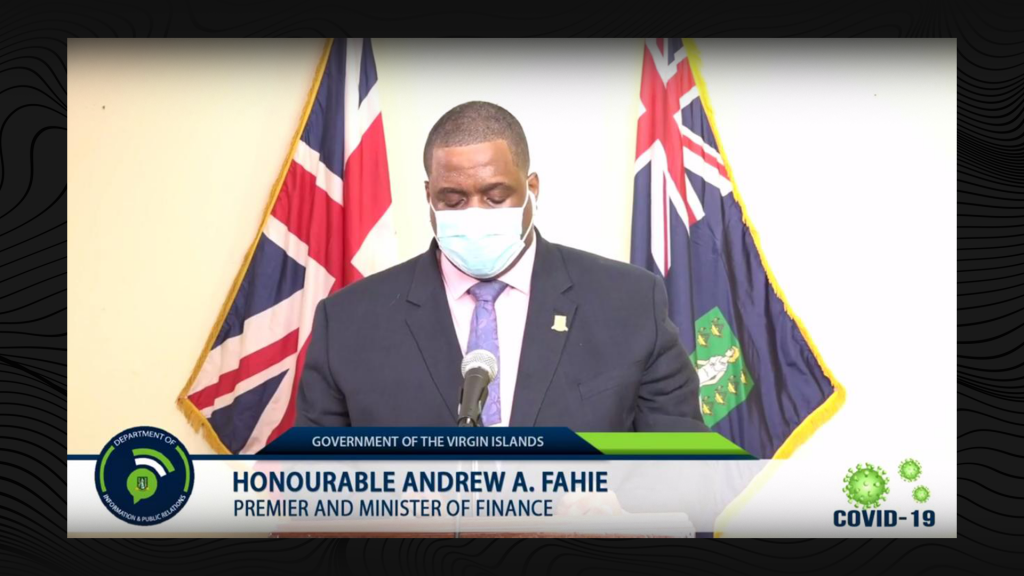 A significant project that will contribute to the government’s plans is the East End/ Long Look Sewerage Project. The resuming of the sewerage project was first announced by 7th District Representative, Hon. Natalio Wheatley at a community meeting early last month.

Premier Fahie further revealed in tonight’s address, that through the diligent work of the Telecommunications Regulatory Commission Board and the BVI Ports Authority Board, the government has been able to commence the long-overdue East End-Long Look Sewerage Project.

Premier Fahie further announced a list construction opportunities in which the government will undertake.

Premier Fahie encourages local contractors to prepare themselves and their workers immediately as he sees this as an opportunity for many contractors in the BVI amidst the COVID-19 era.

Premier Fahie said that these projects and these funds will serve as a “booster shot” into the economy.

The Goverment intends to boost various sectors in the economy through a phased approach.

Premier Fahie said “Your Government is feverishly working towards finetuning and finalising details to present to you the people, in short order, on various sectors of the economy.”