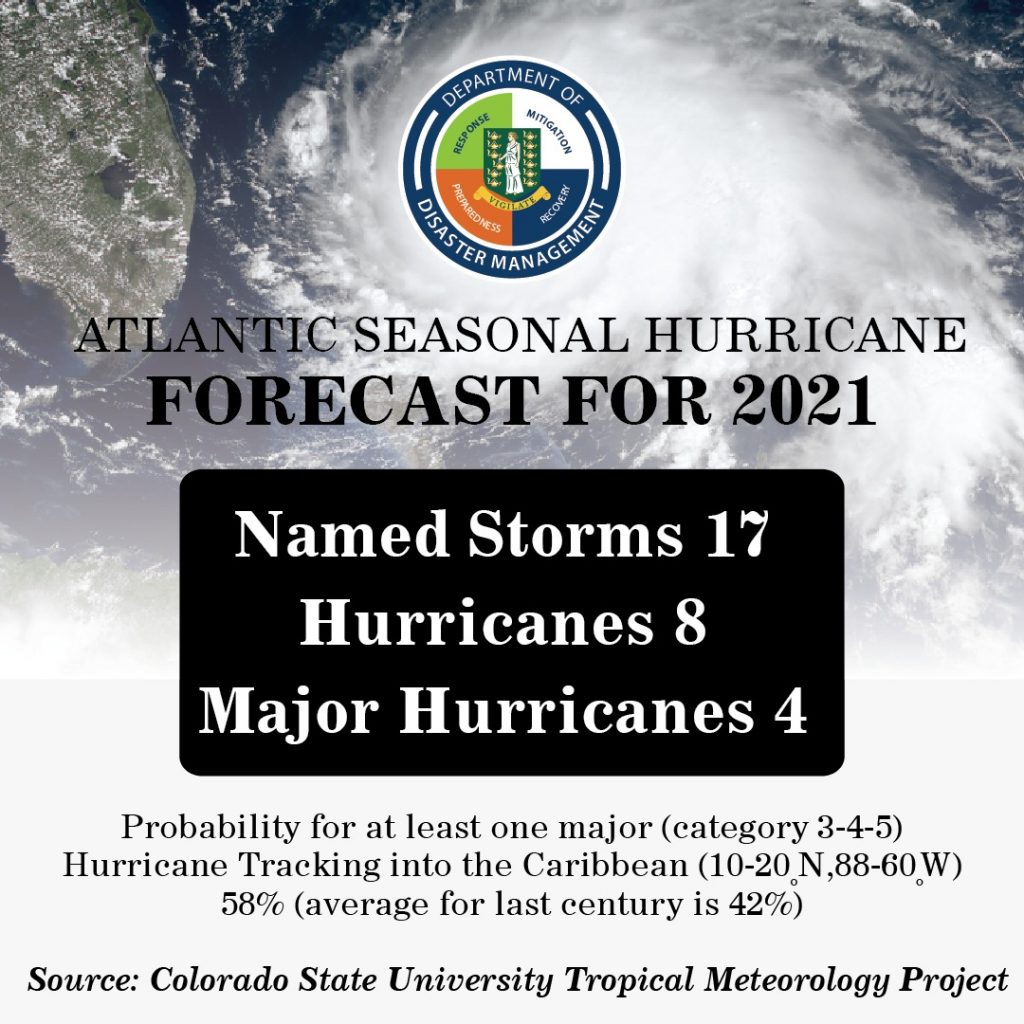 The Department of Disaster Management (DDM) is encouraging residents to do their part to be ready for hurricanes and other hazards this storm season.

“The forecast is a tool that reminds us that the Territory is vulnerable to storms and hurricanes, particularly during the June 1 to November 30 Atlantic Hurricane Season, so we all need to monitor conditions closely,” Mr. Penn said, adding that the DDM issues daily weather reports via its website and social media channels.

The DDM Acting Director went on to say that a few simple steps can help persons stay safe and be ready for possible storms.

“Decide together as a household what your plan is in the event of an emergency, assemble an emergency kit, and take steps to protect the home. This will ensure that the family and the structure itself are much safer,” he said.

Residents can view tools to help them get prepared, like a hurricane tracking map, an emergency kit checklist, and a family emergency plan template on