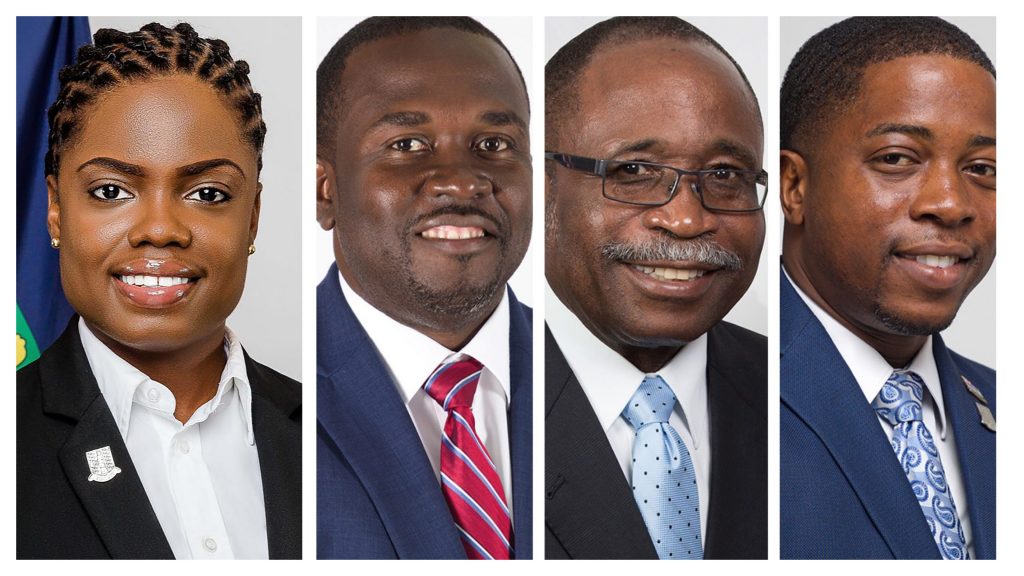 Honorable Sharie De Castro has strongly condemned the Royal Opposition’s stance on the highly sensational proposal for supplemental health insurance for current and former legislators, adding that they are being disingenuous since opposition member and representative for the 2nd district, Melvin “Mitch” Turnbull introduced and co-signed the project for the most part.

Within a detailed letter to the press, the at-large member stated the Honorable Turnbull was appointed the lead on the proposal.

“Additionally, all preliminary meetings with local insurance providers were conducted by the Member for the 2nd District, who then reported to the Committee, following which presentations were made to the Committee by local insurance providers. Subsequently, the Ministry of Finance advised that a formal procurement process should be engaged. Consequently, all negotiations regarding the Request for Proposal (RFP) for supplemental health coverage was handled by the Member for the 2nd District, in conjunction with the Ministry of Finance.”

Honorable De Castro further added that the member for the second district actively participated in and agreed to the confines of the proposal, prior to it reaching the public domain. She expressed disappointment in his duplicity, adding that he “deceptively excused” himself from the fundamental role he played in bringing this into fruition.

“What is extremely disappointing and what took me by surprise, is the blatant disregard for the facts by the Member for the 2nd District when he, seemingly motivated by the public’s response, attempted to distort the facts in order to deceptively excuse himself from a collective decision of which he was the architect.”

“It should be noted, that in actuality, at no point did the Member express reservations regarding the publication of the tender document. In fact, the said Member met with the Ministry of Finance to make additional recommendations to the tender document after the document was presented to Members and prior to it being made public. Most importantly, the Member was copied on and in some instances addressed directly in electronic correspondences at every stage during the process. As such, for the Member to assert that the document was finalized without his involvement and subsequently made public is grossly and maliciously mendacious!”

Within her release, Honorable Sharie De Castro also called out the Leader of the Royal Opposition and member for the 8th District, Honorable Marlon A. Penn for endorsing the “falsely” endorsing the Honorable Turnbull.

“This attempt to alter the facts can only be seen as a deliberate move by the Members of the Opposition to deny their agreeable involvement in this process and thereby deceive the public into believing that they had unheard concerns on the subject, all in an effort to score cheap political points,” said Honorable De Castro.

She further added that evidence will serve as a testament of truth in this matter.

Honorable De Castro is also calling for the proposal to be brought to a standstill until further comprehensive consideration can be given by the public and House of Assembly.

“I do believe that the voice of the people should be heard and I encourage the active participation of the Virgin Islands people in this process. In this light, I would agree that the process should be halted so that due consideration could be given to the concerns of the people”

“As a Member of the Privileges Committee, I understand the frustration of the public regarding the proposed private health insurance for HoA Members. However, it should be noted that prior to the COVID-19 pandemic, there were a number of policy matters that were already in the works, and this was one of them. I do agree that given the current climate, this matter may have been better addressed with a sensitization campaign to give the public greater awareness of the intentions behind the initiative.”

The Government of the Virgin Islands in a recent tender notice invited proposals from any Virgin Islands Licensed Insurance Company for a Group Health Insurance Plan to provide comprehensive coverage for all House of Assembly members for a period of 5 years with an option to renew annually.

This means that all sitting members of the House of Assemble of the Virgin Islands will have access to comprehensive private health insurance outside of the National Health Insurance Plan known as NHI.

However, the supplemental health insurance policy has been met with great public contention over the last few days. It instigated a motorcade protest organized by political pundit Cindy Rosan-Jones who was supported by Kishma Penn and Calvin Erskine.

The trio is scheduled to host part 2 of the protest this Saturday entitled “We the people are fed up”.

Local residents have long-called for a comprehensive review of NHI within it’s limited coverage to provide medical assistance. Successive governments have pledged their support to revamp same, but little has been done to remedy the situation.