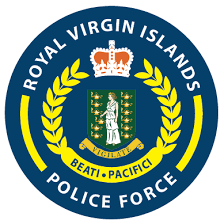 An officer of the Royal Virgin Islands Police Force is now under investigation following a troubling allegation of indecent assault against a minor.

According to reports reaching our newsroom, the accused is being investigated for sexual misconduct with a girl under the age of thirteen years old.

Our newsroom, in speaking with Information Officer of the RVIPF, Diane Drayton, was able to confirm details about the allegations.

Ms. Drayton said “The Royal Virgin Islands Police Force is presently conducting inquiries into allegations of indecent assault against a police officer. As in all allegations, this case will be thoroughly investigated. No charges have yet been laid. No other information can be released at this time.”

It was further alleged that the accused handed in his resignation letter.

More details to come on 284 Media’s daily newscast at 6pm!