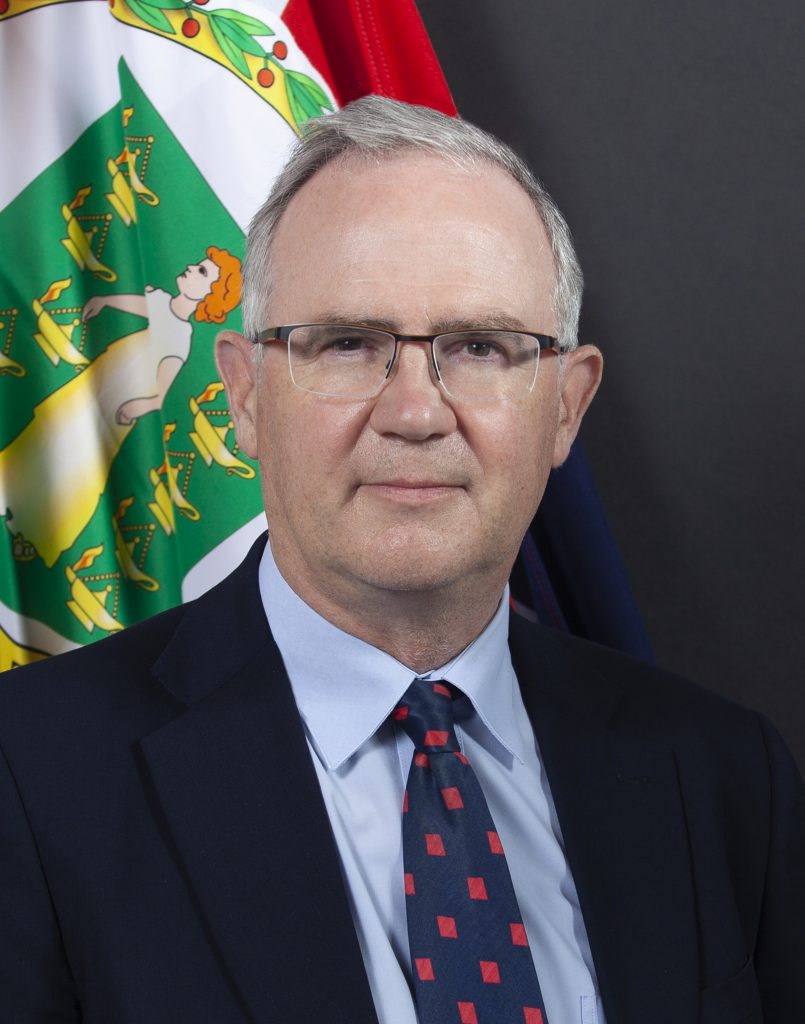 The approval of some contracts and waivers by the Cabinet of the British Virgin Islands has been deemed troubling by Governor John Rankin.

Governor Rankin made the disclosure in his recently submitted Position Statement to the Commission of Inquiry where he raised a number of concerns regarding some of Cabinet’s procedures.

Rankin who is responsible for chairing each Cabinet meeting said, “There have been a number of occasions on which Cabinet has agreed to waive tenders in awarding contracts which in my view have not involved “exceptional circumstances” justifying departure from the general procedures under the Public Finance Management Act.”

“On other occasions it is not clear that contracts have been awarded under any proper procedure or with any cost benefit analysis e.g., the EZ shipping radar contract which to the best of my knowledge was not agreed by either the Joint Task Force or by the National Security Council prior to signature,” he further explained.

Governor Rankin also raised concerns on some of the appointments approved by Cabinet which he views as questionable.

He said, “There have been a number of appointments agreed by Cabinet where in my view it is doubtful whether the selected candidate has the requisite qualifications for the job and/or where the political connections of the individual lead to a concern that the individual may have been selected for inappropriate reasons.”

The governor also said that he observed several risks of conflict among some of the individuals who are presently sitting in high positions in the public sector.

“There are also a number of individuals who sit on several different public boards, with a risk of potential conflict. All candidates for selection to boards and statutory bodies should be required to declare any potential conflict of interest as should those responsible for appointing them example, if candidates are family members or business associates,” he added.

Governor Rankin had earlier flagged several other deficiencies observed within Cabinet’s system of governance since taking office in late January 2021.