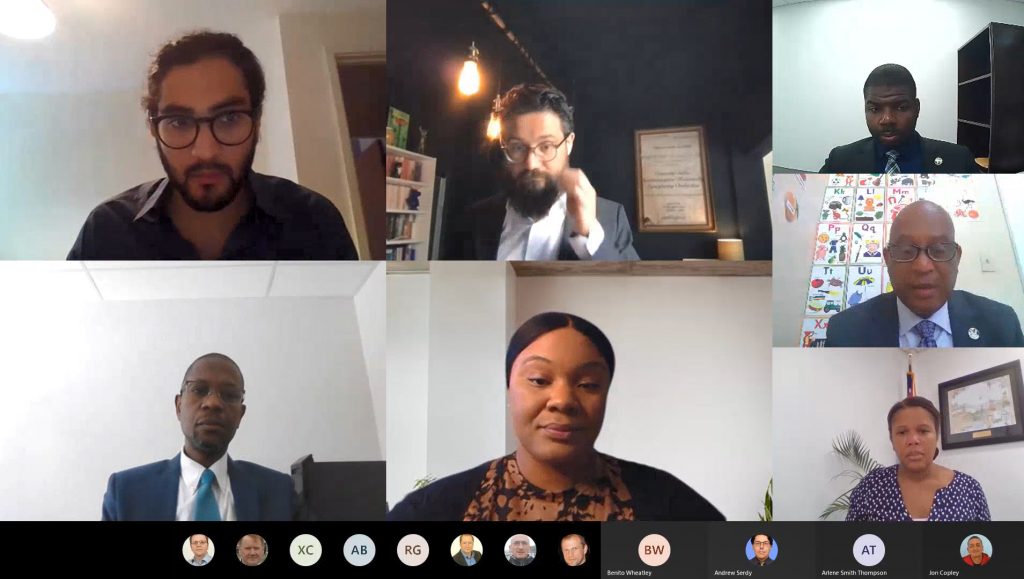 The Government of the British Virgin Islands (BVI) and University of Southampton are strengthening engagement through policy dialogue, academic discourse and discussions around cooperation in the lead up to the COP26 climate change talks.

Following exchanges with officials at the university in June, Special Envoy of the Premier Mr. Benito Wheatley reaffirmed the BVI Government’s position that the University of Southampton is as a key partner of the BVI as preparations are made ahead of the climate change meetings in Glasgow.

“The University of Southampton and the BVI Government share a keen interest in climate change issues and there is a strong interest by both sides to work together on activities ahead of COP26. Our respective representatives have remained engaged since the late recovery period after the September 2017 hurricanes, which highlighted the severe impact of climate change on the BVI as a Small Island Developing State. There is an opportunity for us to work together to highlight the very real risks that exist,” Wheatley said.

To strengthen cooperation, the Government and University held a virtual policy/academic exchange from 6th – 7th May 2021 in which they discussed areas of mutual interest such as climate change, maritime management, coastal management, marine biodiversity and cooperation on higher education. In attendance were Dr. Hon. Natalio D. Wheatley, Deputy Premier and Minister for Education, Culture, Youth Affairs, Sports, Agriculture and Fisheries; Hon. Vincent Wheatley, Minister of Natural Resources, Labour and Immigration; and Government officials from relevant Ministries and Departments. Speakers included Professor Damon Teagle, Director of the Southampton Marine and Maritime Institute; Mr. Gareth Giles, Head of Public Policy Southampton; Dr. Wassim Dbouk Dr. Wassim Dbouk, Marine and Maritime Policy Research Fellow; and faculty members at the University of Southampton who made presentations on their research in their respective fields.

“We were highly impressed by the range and depth of academic expertise demonstrated by faculty members at the University of the Southampton in their presentations during the various segments of the programme. The capabilities of the University presents an opportunity for the Government and academic institutions such as the H. Lavity Stoutt Community College (HLSCC) to partner with Southampton on research and to address several of the policy challenges we face, such as mitigating the impact of climate change on the agriculture and fisheries sectors and our marine biodiversity due to changing weather patterns and the warming of the ocean. There are a host of areas in which we can cooperate.”

The BVI Government and University of Southampton have committed to continuing to explore areas of cooperation and joint activities in the lead up to COP26.