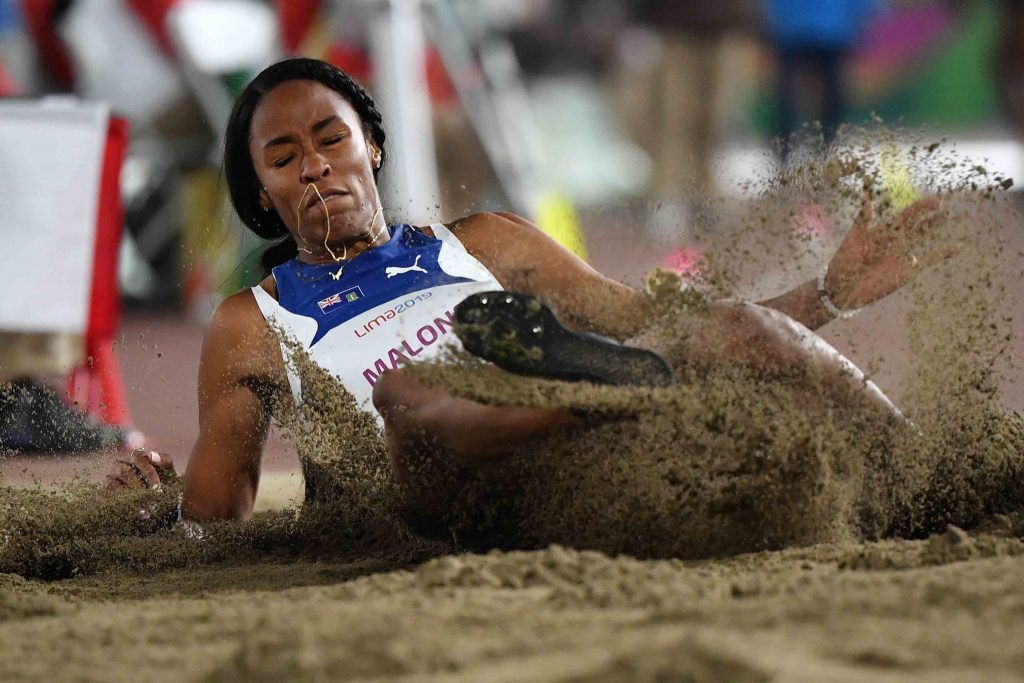 Tokyo, Japan, August 1, 2021 – Chantel Malone made history for the British Virgin Islands once more when she qualified for the Tokyo 2020 Olympic Games long jump finals with a distance of 6.82m achieved on her 3rd attempt at the Tokyo Olympic Stadium on Sunday, August 1.

“I’m excited and happy to be going into the finals with a 6.82- especially as I had to take some time off ahead of the Games to work on recovering from an injury that I sustained at a meet at the beginning of July,” said Malone.  “Jumping an 82 was the reassurance I needed and is a testament to my growth as an athlete just because the old me would have folded after the first two bad jumps, but today, I reminded myself that it only takes one and to execute it.”

Malone became the first athlete of the territory to advance to an Olympic final.

“I may be the first athlete to make it to the finals but honestly, that’s always been the goal and to actually be on that podium. The goal is to execute and hopefully we will be good but it’s a tough field out there with a lot of automatic qualifiers, so I just have to bring my A-Game and stay focused.”

Ephraim Penn, President of the BVI Olympic Committee was watching the event from the Olympic Family tribune along with Secretary General Lloyd Black.

“We were so excited when Chantel not only qualified for the finals, but that she managed to hit a distance beyond the automatic qualifying mark of 6.75,” said Penn. “The BVIOC and family of National Federations congratulate Chantel and her coach, Dwight Phillips on this achievement and we are looking forward to Tuesday’s event and to cheering her on in support of the goal for a podium finish.”

Tokyo 2020 is Malone’s first Olympics which she qualified for when she leapt a distance of 7.08 at the Florida International “Pro Addition” International Track Meet, Miramar in March 2021. The mark was a new National Record and a Season and Personal Best for the athlete who is ranked number 8 by World Athletics.

Malone’s history-making flair was demonstrated when she won the BVI’s first PanAm Games medal when she took the gold at Lima 2019 with a leap of 6.68m.