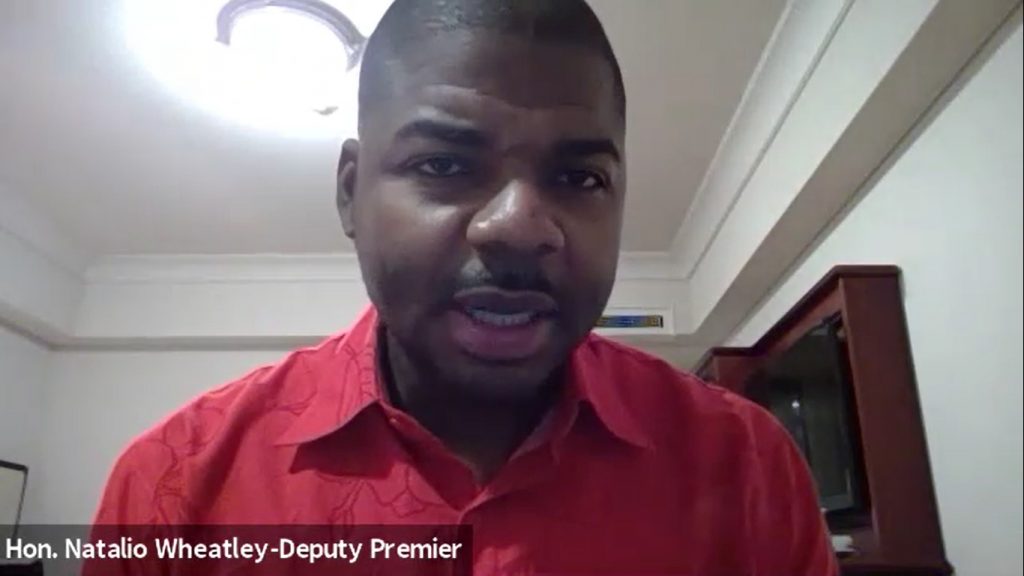 The British Virgin Islands will not be instituting a stand-alone Ministry of Sport, at least not in the immediate future.

This was the response given to 284 Media by the Minister of Education, Culture, Youth Affairs, Fisheries and Agriculture Dr. Natalio Wheatley, who is also presently responsible for sport in the territory.

Dr. Wheatley was responding to questions while attending a recent post-Olympic games media conference, where he was asked by our news reporter whether the BVI government intends to introduce a Ministry of Sport to allow for the proper development of sports in the territory.

The minister replied by stating that the constitutional provisions would make such a move very difficult, coupled with the reality that there are presently other persons who are also seeking for individual ministries.

He said, “In our constitution we can add another ministry, but in order to add another ministry you’ll have to add two extra seats to maintain a particular ratio of ministers to back benchers. So basically, I don’t necessarily see that happening this time around in terms of adding extra two seats.”

“So I’ll have to say that we’ll have to do the best that we can with the number of ministries that we have right now and even if we added another ministry, it’s not a certainty that it would be a sports ministry because persons have been crying out for other types of ministries as well,” he added.

Sports ministry not needed for development

Dr. Wheatley said he believes a Ministry of Sport in the BVI is not a necessity at this present moment, stating that a comprehensive plan for sport in the territory is the key for local development.

He said while a plan already exists, it will be further solidified once the government signs a Memorandum of Understanding with the relevant authorities.

“For us to progress, I don’t necessarily think that we have to have a Ministry of Sport. What we really need is what I have been discussing with the BVI Olympic Committee and all the different federations, is just basically executing a plan and the plan exists.  Certainly, I’ve spoken to the president of the BVIOC and the executive members and when we return, we’re going to sit down and we’re going to have a meeting,” he stated.

“Of course, we’ve had meetings before and some of those have resulted in progress, but we’re going to sit down and have further meetings about signing a Memorandum of Understanding to execute the programmes that will help with grass roots development of sports that will be able to feed in to the elite athlete programme that the BVIOC has,” Dr. Wheatley added.

Aiming to have National Sports Council legislation passed this year

The minister further said that he will be pressing forward to have the Sport Management Council legislation passed in the House of Assembly by year end, which would facilitate the establishment of a National Sports Council in the BVI.

Dr. Wheatley said this sports council will be the key to assist with the future development of local sports.

“As it pertains to legislation, we have the Sport Management Council legislation that the BVI Olympic Committee was helping us with by engaging a consultant, who is Mr. Keith Joseph, to look over our Sports Management Council legislation and now the BVIOC has the legislation and they’re taking a look at it from their particular perspective and we hope to have that passed before the end of the year. Because certainly it was in the Speech from the Throne and I intend to have it passed and that will allow for greater degree of coordination between the government and the various associations and federations, along with the Olympic Committee so everyone is on the same page and we’re all doing the coordinated effort as opposed to everyone doing their own things,” he explained.

Dr. Wheatley said the National Sports Council will assist with improving the coordination of funding and events and will see the introduction of a national sports calendar year.

He also said it will establish a national budget for sports which will increase accountability for associations receiving funds from the government and increase opportunities for funding from international organisations and federations.