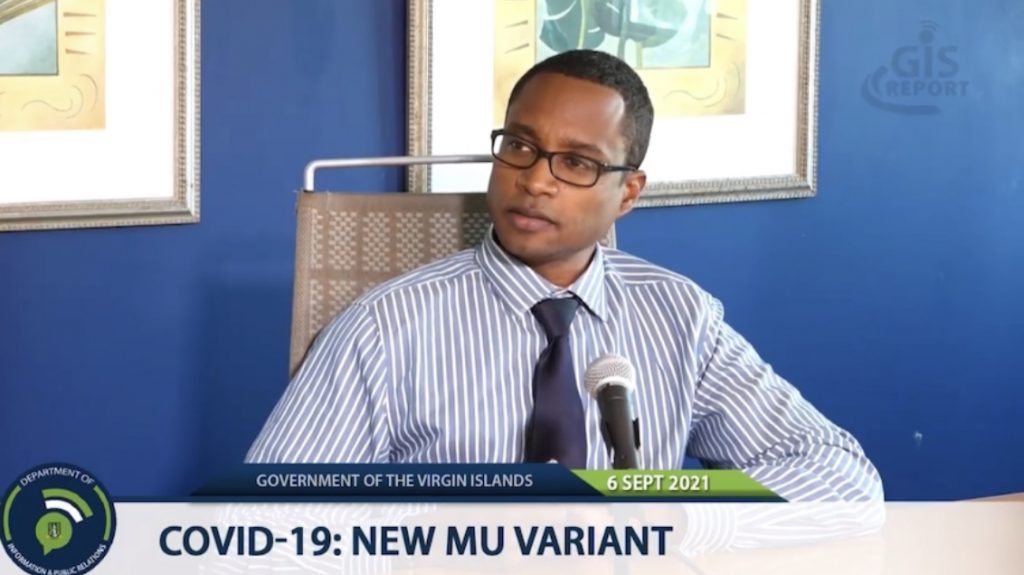 The newly detected MU or “B.1.621” Covid-19 variant which was designated by the World Health Organization as a “variant of interest” last week has been detected in the British Virgin Islands.

MU, first detected in Columbia has already spread to 39 countries including the USVI is now being monitored by global health bodies, some of which worry that it may have the ability to evade vaccine protections.

Speaking to the patterns during a GIS update was Acting Chief Medical Officer, Dr. Ronald Georges who confirmed the detection of MU locally.

If there are changes to the virus that means it looks like it has the potential to do more harm, then it is designated as a variant of interest. Dr. Georges expanded on this and ultimately what constitutes a mutant as an “area of interest” and “area of concern”.

“When you have a little more information about how a variant behaves in terms of immune status, how does vaccination impact it. How does immunity from prior infection impact it? Is it able to escape immunity? Is it now able to displace the variants in that population? Is it looking like it’s going to do that? Is it causing more severe disease?”

“So all of these things which are now of public health importance and have the ability to impact how the pandemic plays out, then that variant becomes a variant of concern. And as it becomes a variant of concern the public health response to it changes and more information is collected. And that’s basically what happened with Delta. Delta is now an area of concern and essentially in most of the population that Delta is found, it’s able to replace the existing variants and become the main variant in that population,” he added.

Just yesterday Dr. Tai Hunte-Ceasar, the Department of Health Infectious Disease Specialist in the US Virgin Islands said the Delta variant continues to be the most prevalent Covid strain in the USVI.

“It accounts for 91 percent of cases sequenced at the close of August within the territory and 99 percent nationwide,” she said.

She also revealed that 19 people in the territory died of causes related to Covid-19 in August, which by far was their deadliest monthly total amounting to 56.

Mu has changes, called mutations, which means it might be able to evade some of the protection given from COVID vaccines. This is according to studies by global health bodies.

One reassuring element is that, despite being around since January 2021, it doesn’t seem to be outcompeting delta, the dominant variant across most of the world.