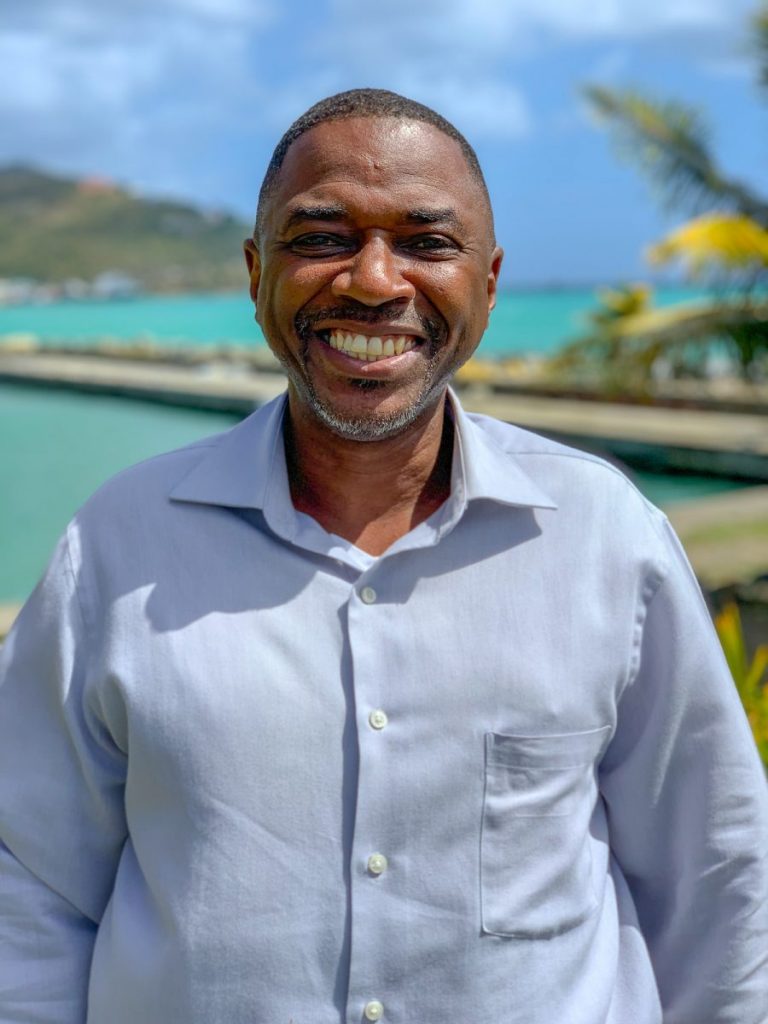 Legislator and representative for the fourth district, Honorable Mark Vanterpool has made an impassioned plea for Anthony McMaster to be promoted from acting CEO to CEO of the Recovery and Development Agency.

Speaking at the contract signing ceremony for the commencement of work at the Elmore Stoutt High School on December 2, Honorable Vanterpool emphasized on the ingenuity of locals, noting that they have every ability to get the job done.

The 4th district representative also commended the work formerly done by Mr. Mcmaster during his tenure as Permanent Secretary at the then Ministry of Transportation and Works, under his leadership.

“I have to tell you he’s acting but, I made him what he is in my ministry. He was my PS (Permanent Secretary) when we moved mountains and we didn’t listen to the opposition to build the cruise pier. Anthony knew that if he was under me in the Ministry as PS, the cruise pier was going to be built. Under the leadership of Anthony Mcmaster in the Ministry, a lot was done.

“So I want you to get that ‘acting’ thing off him,” he added, noting that it’s time to appoint Mr. Mcmaster as CEO of the RDA,” Honorable Vanterpool added.

Premier Fahie said: “We have seen a large volume of projects some very ambitious being completed early or on time with quality work and good budget management and this is happening under the leadership of our very own Mr. Anthony McMaster.”

“And for the record, I didn’t give him the acting, but I hope to remove it under our stewardship,” he added

Mr. McMaster who holds a post-graduate degree in management from Manchester Metropolitan University, has led teams engaged in multiple national projects, including the recovery of the territory’s public infrastructure following the 2017 hurricanes and has overseen several major projects since taking up office at RDA.

Mr. McMaster, who was absent at the December 2 ceremony also pledged $7,500 to the redevelopment of the Elmore Stoutt High School on behalf of himself and family.