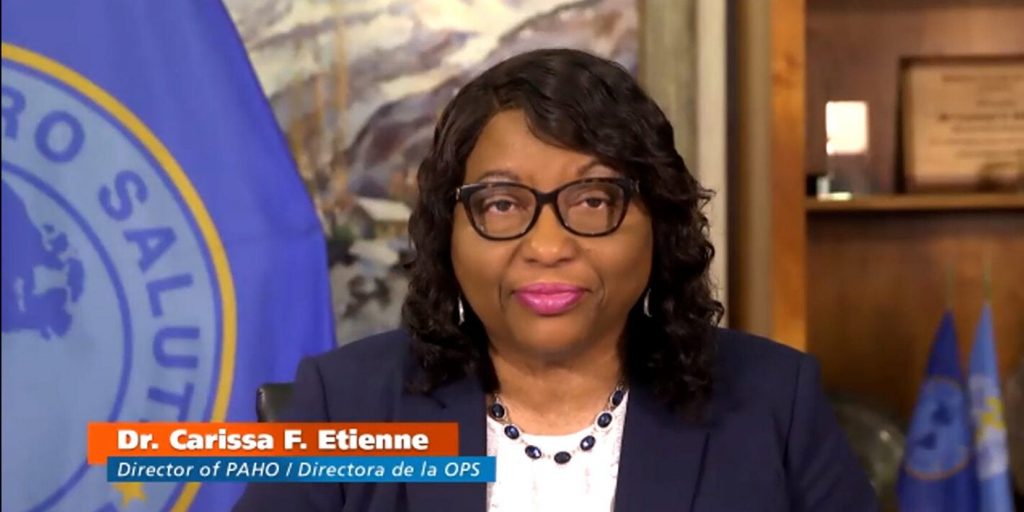 While the British Virgin Islands continue to experience an unprecedented number of positive COVID-19 cases, many international and regional countries are also seeing a resurgence in COVID-19 infections.

This is according to Director of the Pan American Health Organisation, Dr Clarissa Etienne who made the statement while delivering her remarks at a press briefing on Thursday July 15.

She said, “As of this week our region reported nearly 74 million cases and 1.9 million deaths from COVID-19, accounting for more than a third of COVID cases and more than 40 percent of deaths reported world wide this week. And while new cases are down nearly 20 percent from last week, many countries including the United States are seeing a resurgence in infections.”

“In North America the United States of America and Mexico are reporting an increase in new infections across most states. Many Central American nations are also seeing cases including in El Salvador where a consistent increase in daily cases was noted between late June and early July and Guatemala where at a departmental level, there were surges in COVID deaths in the past few weeks,” she added.

Dr Etienne also revealed the alarming statistics coming out of the Caribbean region, where Cuba and the British Virgin Islands are presently the front runners, recording very high percentage peaks of the virus.

“In the Caribbean infections are also going up. Cuba reported the highest number of weekly cases since the start of the pandemic and cases have tripled in the British Virgin Islands, just weeks after reopening to cruise ships. Meanwhile South America is reporting a mixed picture. COVID infection hospitalisations and deaths are dropping across most of the continent, including in Brazil, Peru, Uruguay and Chile,” Dr. Etienne stated.

“However, infections are once again mounting in Argentina and in Columbia. They’re reaching their highest ever levels, raising concerns about the health system’s ability to cope as 98 percent of ICU beds are already in use,” she further revealed.

Dr Etienne said the spikes of the virus throughout the region can be linked to a level of complacency exhibited by persons who fail to adhere to the COVID-19 public health protocols, and refuse to get vaccinated.

These protocols include the wearing of masks, social distancing and frequent washing or sanitising of hands.

The BVI presently has 1602 active cases and 9 total deaths.