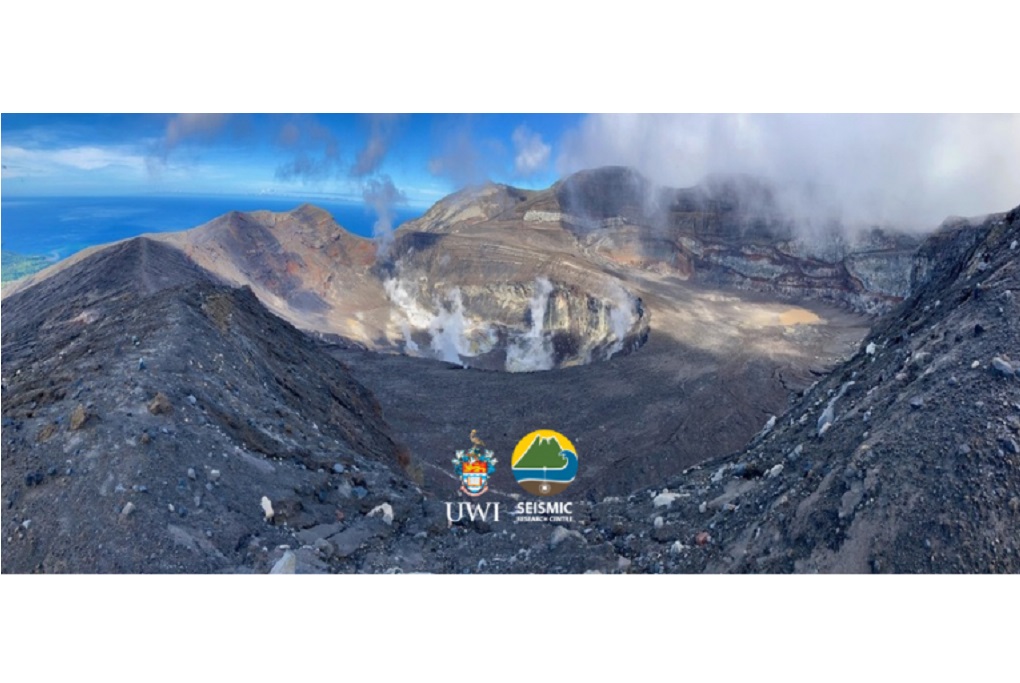 Scientists attached to The UWI Seismic Research Centre (UWI-SRC) have ended their tour of duty in St Vincent and the Grenadines.

Activity at the volcano has declined steadily since the last explosive event on April 22, 2021, and all currently available monitoring data points to an end in eruptive activity. However, residual steaming at the summit and lahars (mudslides) in the valleys surrounding the volcano will continue to be observed for some time.

The Soufriѐre Monitoring Unit (SMU) at the National Emergency Management Organization (NEMO) will now assume responsibility for the operations of the Belmont Observatory. Day to day monitoring of the volcano will be supported by the UWI-SRC remotely from its base in Trinidad.

After the detection of the new lava dome at La Soufriѐre in late December 2020, UWI-SRC scientists based at the observatory oversaw the upgrade of the local seismic and ground deformation monitoring networks, conducted other fieldwork and ground-based measurements, and advised the Government of St Vincent and the Grenadines in the run up to the onset of explosive activity on April 9, 2021.

Senior Research Fellow (Geologist) at the UWI-SRC, Professor Richard Robertson believes that the volcano will now go through a period of adjustment saying: “The mountain went through a traumatic experience and will take some time to reshape itself”.

UWI-SRC Director, Dr Erouscilla Joseph reaffirms the Centre’s commitment to St Vincent and its residents indicating that “we continue to monitor La Soufrière in this new phase of activity and provide support to NEMO and the Government of St Vincent and the Grenadines”.

The volcanic alert level at La Soufriѐre remains at YELLOW.