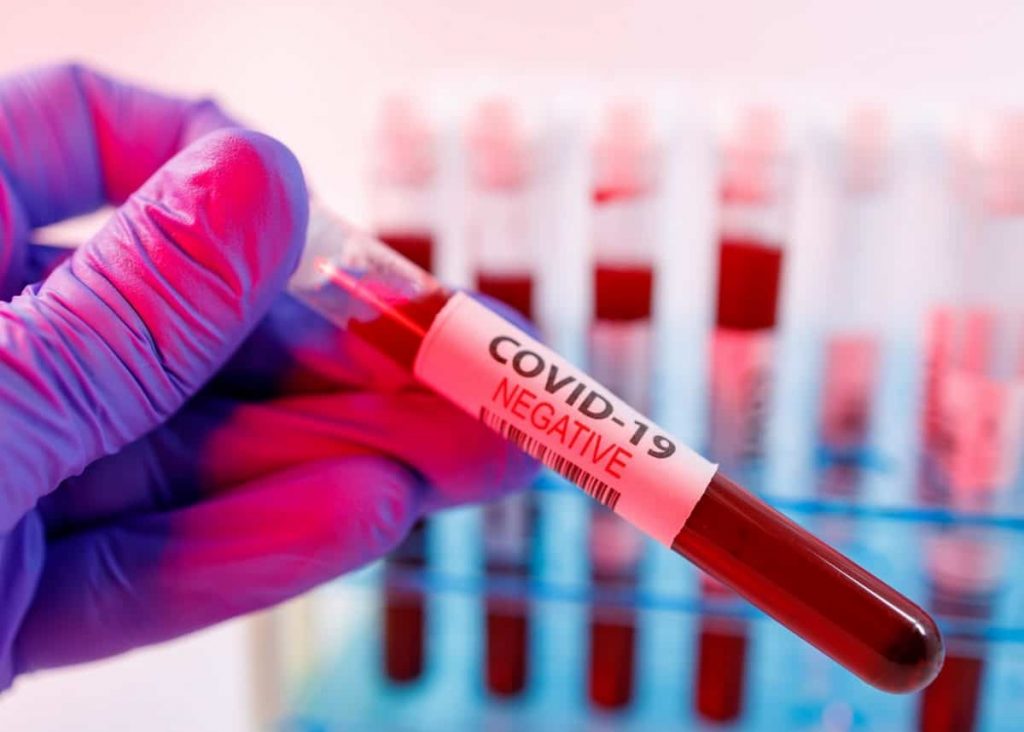 Well over two thousand people were listed as newly recovered from Covid-19 in the USVI on Tuesday, sending active cases tumbling to 1,882 from Monday’s 3,713, a difference of 1,831 cases.

The V.I. Dept. of Health reported Tuesday that 2,178 people had newly recovered from the virus, as total recoveries climbed to 10,981 from 8803. The information represented data collected between Jan. 9-10, and was published by the health department late Tuesday, Jan. 11.

Governor Albert Bryan on Monday extended restrictions through Jan. 25 put in place just before the new year in a move to mitigate spread of the highly contagious Omicron strain of Covid-19. “We’re hoping this surge subsides quickly, but if what we’re seeing globally and nationally is any indication, I think we still have a another week or so riding this out and then hopefully it will expire sometime around the next two weeks in terms of starting to go down,” he said.

If the trend holds, the Jan. 25 date, which like Jan. 10 was tentative, could see the return of in-person learning, regular scheduling of government operations, and restrictions being eased.

The CDC on Dec. 27 shortened isolation for some Covid-19 infections as Omicron upended the workplace both in the private and public sectors. The new guidelines are the same whether you are vaccinated, boosted, or unvaccinated: The federal health authority says persons must isolate for five days. If you have no symptoms after five days, you may leave isolation, but should wear a mask when in the presence of other people for five more days. If you have a fever, you should continue to stay home.

Additionally, the CDC says, “Do not go to places where you are unable to wear a mask, such as restaurants and some gyms, and avoid eating around others at home or work until a full 10 days after your first day of symptoms.”

Meanwhile, fresh data continue to back earlier research that confirm the Omicron variant’s mild nature.  Laboratory studies suggest that Omicron’s weakness is tied to its tendency to flourish in upper respiratory tract cells rather than the lungs, where the coronavirus can lead to potentially deadly breathing problems.

“It spreads very, very fast, but it doesn’t appear to have the virulence or machismo to really pack as much of a wallop as the Alpha or Delta variants,” said James Musser (via the Wall Street Journal), chairman of Houston Methodist Hospital’s pathology and genomic medicine department and the leader of a new study of Omicron infections.

The variant also has a high vaccination breakthrough rate, infecting more inoculated individuals than variants before it. “Omicron very rapidly increased in only three weeks to cause 90 percent of all new Covid-19 cases,” reads a summary on the study. It says the virus had “significantly increased vaccine breakthrough rates,” and those infected were “significantly less likely to be hospitalized.”

“Omicron patients required less intense respiratory support and had a shorter length of hospital stay, consistent with decreased disease severity. Although the number of Omicron patients we studied is relatively small, in the aggregate the data document the unusually rapid spread and increased occurrence of Covid-19 caused by the Omicron variant in metropolitan Houston, and provide information about disease character,” reads the summary.

Another recent study from the University of Cambridge and the University of Hong Kong provided results showing Omicron prefers infecting cells in the bronchi — tubes connecting the windpipe to the lungs. The Delta variant, however, infects and multiplies in the lung tissue.

“Lower-airway replication is a pathway or a reason for severe disease, and we may have a situation where a virus is taking us towards a less severe disease outcome,” said Ravindra Gupta (via WSJ), a University of Cambridge virologist who was involved in the research.

A research whose study was published online on Dec. 29 ahead of the study’s peer review, showed that animals infected with Omicron had less severe virus outcomes than those infected with earlier variants.

The new findings support earlier studies performed in South Africa, where the variant was first detected late November; in the United Kingdom, where it has spread rapidly, and in Scotland.

According to recent studies of clinical data by Dr. Musser and other researchers, people infected with Omicron are less likely to need hospitalization or intensive care compared those who have the Delta variant.