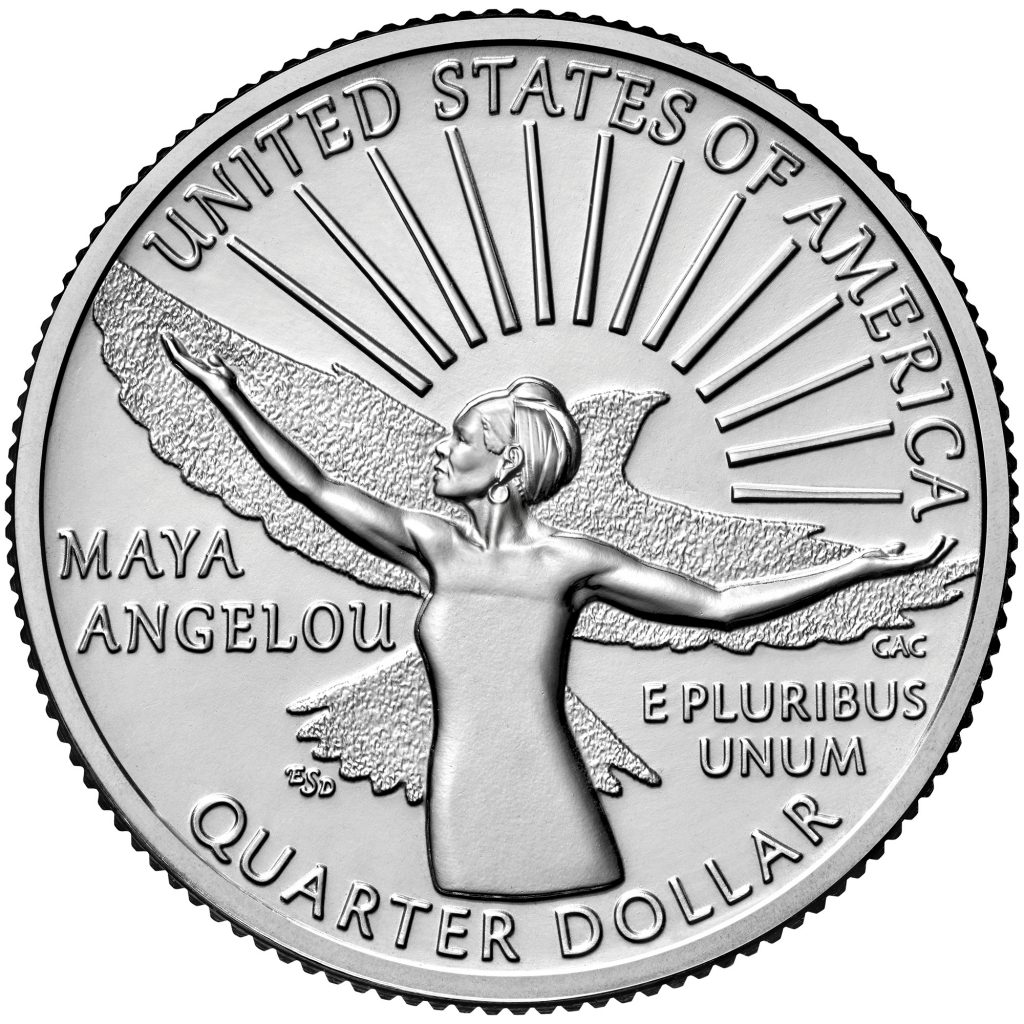 Author and activist Maya Angelou has now become the first black woman to ever appear on the United States quarter, after the U.S Mint recently commenced shipping of a new series of quarters.

The Mint made the announcement in a press statement issued on Monday January 10, which said the coins will also be featuring additional honourees which will begin shipping later this year and through 2025.

The Angelou coin has the U.S first President George Washington on one side and shows Angelou with her arms raising up in front of a bird and beams of sunshine. Angelou was a prominent civil rights activist.

The Mint said that her image is “inspired by her poetry and symbolic of the way she lived.

The Mint Deputy Director Ventris Gibson said, “It is my honor to present our Nation’s first circulating coins dedicated to celebrating American women and their contributions to American history…Each 2022 quarter is designed to reflect the breadth and depth of accomplishments being celebrated throughout this historic coin program. Maya Angelou, featured on the reverse of this first coin in the series, used words to inspire and uplift.”

Angelou gained worldwide fame after the release of her 1969 memoir ‘I Know Why the Caged Bird Sings’. She was awarded the Presidential Medal of Freedom in 2011 during Barack Obama’s first term. Angelou died in 2014 at the age of 86.

The new coin is part of the American Women Quarters Program, which will later have coins bearing the likeness of Wilma Mankiller, the Cherokee Nation’s first female chief, Anna May Wong, the first Chinese American movie star, Adelina Otero-Warren, a suffrage movement leader and Sally Ride, the first American woman to go to space.