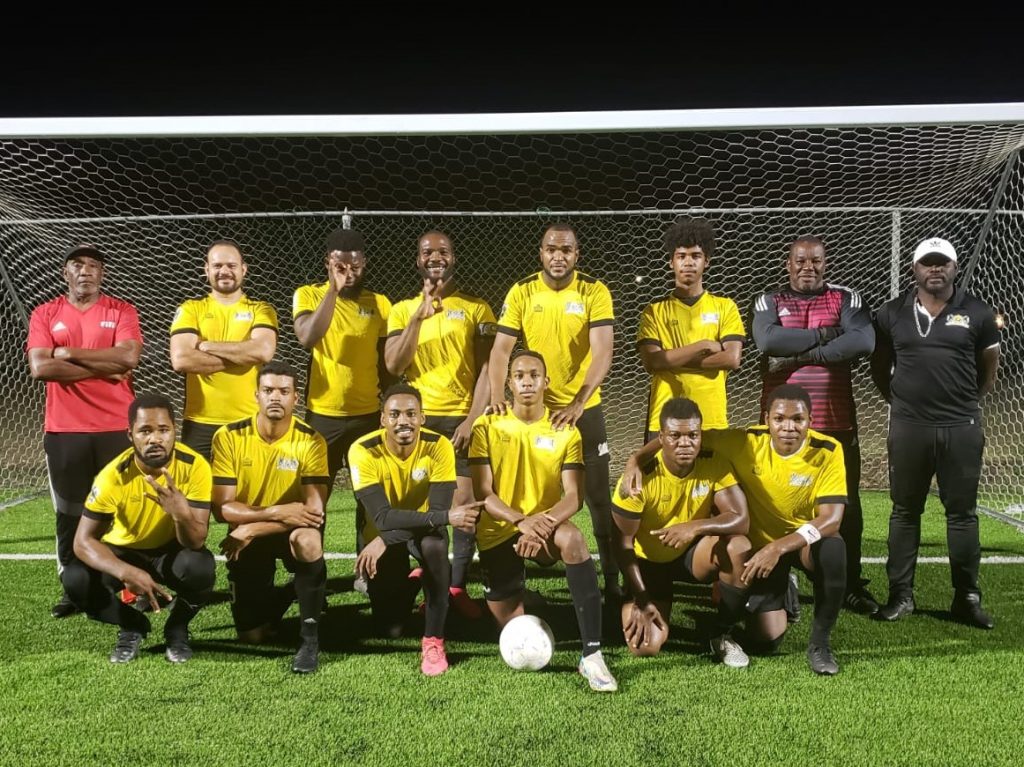 The Sugar Boys were held to a 1-1 draw by the resurgent Rebels FC after Terrence Nanton’s 11th minute opener was cancelled out a 13th minute equaliser by Curtly Peters.

According to Rebels Coach, Audain Lenon “we came out with a game plan and executed it well. We had many opportunities to collect all three points, but luck was on their side after they went down 10 men in the second half. We had a few injuries going into this game and hopefully we will be in full force for our next game”

The surprise of the weekend was perhaps the One Love FC 2-1 victory over the Islanders, which came after a Richard Morgan double in the 30th and 55th minute secured all 3 points despite a late consolation for the Islanders from Rogel Noel in the 89th.

“We dominated most of the match with 60 per cent of the possession” commented Coach/Manager, of One Love, Marc Savage “we played a great game and could have easily scored a lot more goals, maybe even four or five nil, but we will take the two and the victory”

Whilst the VG United game against Wolues FC was postponed, the Panthers took full advantage of Lion Heart FC also having a weekend off, to beat Old Madrid 4-1, with Dervon Medica opening the scoring in the 36th minute. Rohan Sweeney made it 1-1 in the 58th minute before Wayne Phillip made it 2-1 to the Panthers in the 60th minute. Phillip then got his league leading 9th goal of the season in the 76th minute and Nigel Sanderson wrapped up proceedings with a goal deep into added time at the end of the game.

“Well, honestly, we started the game a little bit slow, but you know the energy level that we live up to started to come through and we were able to really start attacking them.

“ stated Player/ Coach Phillip “We have a lot of young players, so they keep the energy level high, and are aggressive up top and that allowed us to dominate the game and get the win. Now we are at the top we are just going to keep going and prove to everyone that we belong there.”