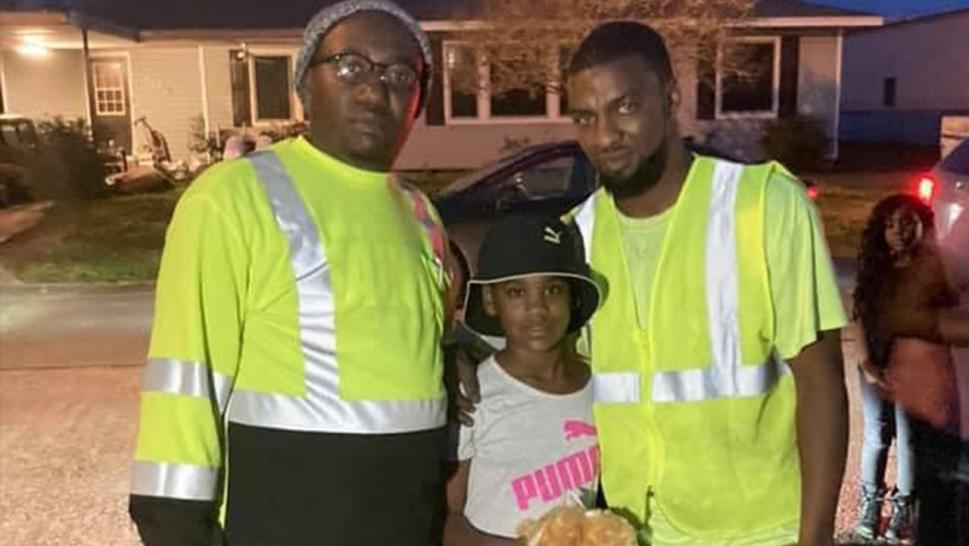 According to the New Iberia Police Department, Jalisa Lasalle, 10, went missing from a family member’s home near the town outside Lafayette between 1 p.m. and 2 p.m. on Sunday. Later Sunday, an Amber Alert about Jalisa was sent out by Louisiana State Police which detailed a gray 2012 Nissan Altima that the girl is believed to have gotten into.

During the Monday morning route, Pelican Waste & Debris workers Dion Merrick and Brandon Antoine saw a silver sedan in the middle of a field in St. Martin Parish, about 20 miles away.

“Something told me … I said, what’s that car doing off in the field like that?” Merrick said on Facebook Live.

Michael R. Sereal, 33, is accused of abducting a 10-year-old girl in New Iberia.

The pair blocked the car’s exit and called police.

Police arrived and arrested Michael Sereal, 33, a convicted sex offender, and charged him with aggravated kidnapping of a child and failure to register as a sex offender.

Jalisa was found safe at the scene and but is being evaluated by medical personnel, according to KIRO 7.

“People act like they see stuff, but they don’t want to say nothing. But she’s safe now. Thank God man, because I got a little girl. I’m on my job doing what I got to do,” Merrick said in the Facebook Live video.