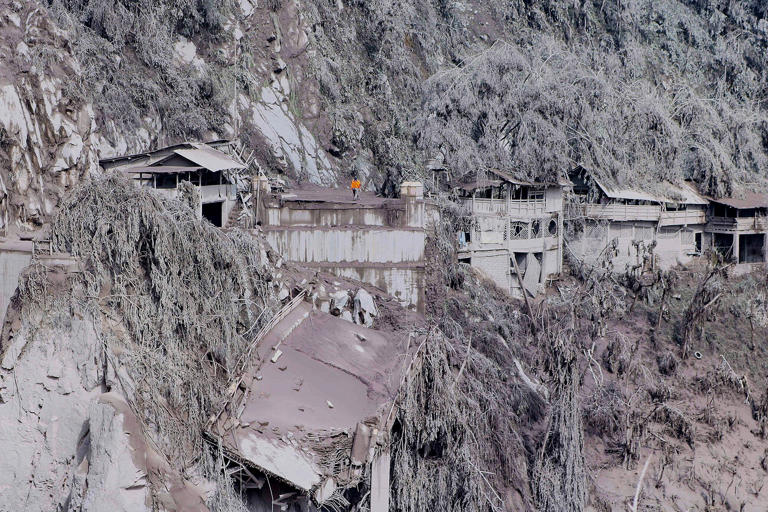 The death toll has continued to rise following the sudden eruption of Indonesia’s Mount Semeru on Saturday.

As of Monday, at least 22 people have been killed, while an additional 27 people remain missing, according to the Associated Press and Reuters.

On Monday, rescuers recovered three bodies — including a 13-year-old boy — from the village of Sumberwuluh after resuming search and rescue efforts, which were temporarily halted the previous day due to weather concerns, the AP reported. An additional five bodies were also found Monday in Sapiturang.

National Disaster Mitigation Agency spokesperson Abdul Muhari told the news agency that a total of 56 people have been hospitalized, with the majority of them having suffered burns.

The country’s disaster management agency said in a previous statement on Sunday that two pregnant women were among those who had been injured, according to The Washington Post.

Areas surrounding Mount Semeru were covered with volcanic debris as a result of the eruption, which was triggered by heavy rainfall, per the AP.

Experts have also warned that although the eruption eased pressure from a lava dome that had been building in the volcano crater, the dome could still continue to collapse, potentially causing an avalanche of gas and debris, according to the news agency.

“Semeru is one of the most active volcanoes in Indonesia,” Liswanto, head of the Semeru Volcano Observatory, told Reuters. “Before and after the Dec. 4 eruption, it will continue to be active.”

Speaking with CNN, Liswanto said that villagers should remain on alert due to the threat of pyroclastic flows — a mix of lava, ash and volcanic gas.

“We recommend everyone to increase their alert because the potential of pyroclastic flows threat is still high. It can happen anytime without any warning,” Liswanto said in a separate interview with CNN.

Never miss a story — sign up for PEOPLE’s free weekly newsletter to get the biggest news of the week delivered to your inbox every Friday.

Mount Semeru last erupted in January, although there were no reported casualties at the time, according to The Washington Post.

Indonesia is particularly susceptible to volcanic eruptions and earthquakes as it’s located on an arc of volcanoes and fault lines in the Pacific Basin known as the “Ring of Fire.”

Thousands of houses and 38 schools were also damaged as a result of Mount Semeru’s latest eruption — and thousands more people have been displaced, according to the AP.

The Indonesian government on Sunday announced a relocation process for those who lost their homes, CNN reported. Additionally, those impacted will be provided with financial aid.