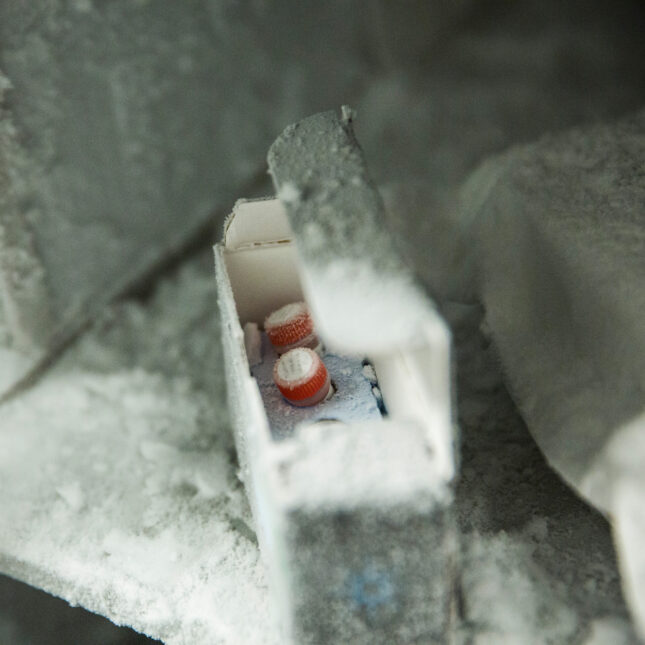 The British Virgin Islands Government has received one of two specially designed refrigerators which is presently being dispatched to the Dr. D Orlando Smith Hospital to store the Pfizer vaccines which will be procured through the United Kingdom Government.

This was confirmed by the Minister for Health Carvin Malone, during an interview with 284News on Tuesday December 7.

He said, “I am pleased to report that one of the two refrigerations to house the Pfizer vaccines have been received as notified by Tropical and it is being cleared for dispatch to the Dr. D Orlando Smith Hospital where on arrival the vaccines would be stored. As you would recall, the British Government has pledged to supply all of the vaccines required by the Virgin Islands, be it, the AstraZeneca or the Pfizer vaccines.”

“Now that the refrigeration is in place, it is the smaller of the two units that has been received which can house probably up to 6000 doses. The larger refrigerator will be coming and will be due for arrival at the end of December or early January 2022 but we are adamant to continue our administration of vaccines and now we have a choice,” he added.

Minister Malone also revealed that the Pfizer vaccines to be stored in the refrigerators, will be arriving in the territory by next Monday, once there are no delays with the shipment.

“We would be receiving the first shipment of the Pfizer vaccine come Monday the 13th, say for any delays that might occur. Shortly thereafter the public will be notified as to the venues where the Pfizer will be administered. We want to encourage everyone to participate, to do what is required in order to get rid of this particular disease. We can’t get rid of it, but we can protect our bodies, we can protect ourselves from hospitalisations and death, although these from time to time can occur even in the vaccinated. But it is the best-known protection against hospitalization and imminent death,” Minister Malone stated.