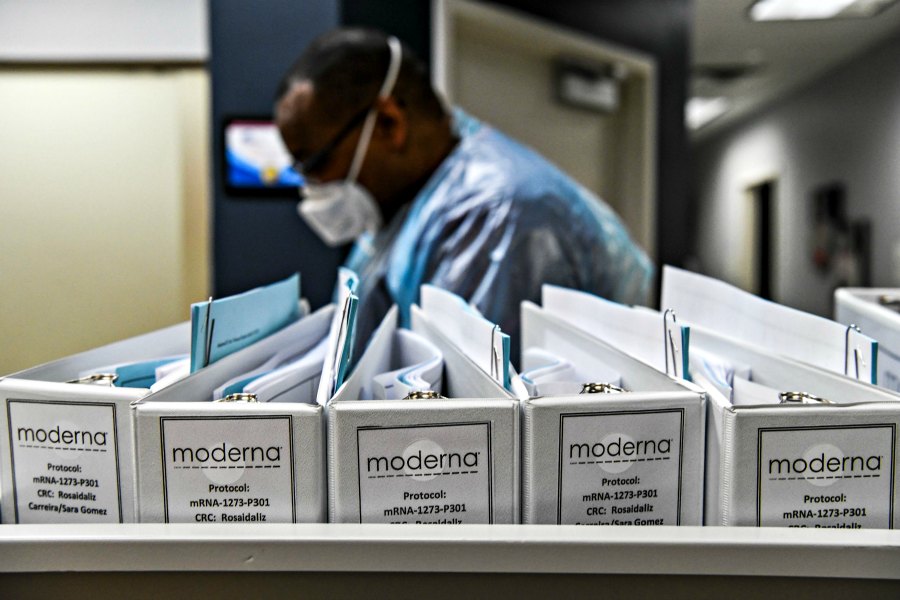 V.I. Dept. of Health Territorial Epidemiologist Dr. Esther Ellis said Monday during the Bryan administration’s Covid-19 briefing that the U.S. Virgin Islands is on the list to receive vaccine doses at the same time with states, once a vaccine is approved by the Food and Drug Administration.

“We are on the distribution list for vaccines and we will get the vaccine in the U.S. Virgin Islands at the same time that other states get it,” Dr. Ellis stated.

Drugmakers Moderna and Pfizer recently published results of their late-stage vaccine testing, with the Moderna vaccine treatment proving to be 94.5 percent effective against the coronavirus, while Pfizer’s drug was highly successful as well with a 90 percent effective rate.

While Dr. Ellis said she was not sure when the vaccines would be available, she pointed to estimates projecting availability in December. “We’ve been told that it could be before the end of the year, but it really depends on as soon as the vaccine has been FDA-approved,” she said.

Indeed, both Moderna and Pfizer plan to ask federal health authorities to approve the vaccines by early December. If cleared, the shots could go into distribution that month and would provide much needed help to the U.S., which has recently seen a surge in cases around the country. It would also commence the journey back to normalcy after a year of lockdowns and restrictions.

“Now we have two vaccines that are really quite effective,” he said on NBC’s “Today” show, speaking of the Moderna and Pfizer results. “So I think this is a really strong step forward to where we want to be about getting control of this outbreak.”

According to Johns Hopkins University, as of Tuesday morning, there were over 55 million confirmed Covid-19 cases globally and more than 1.3 million deaths. The U.S. is leading the world in both confirmed cases and deaths at 11.2 million and 247,220 respectively.