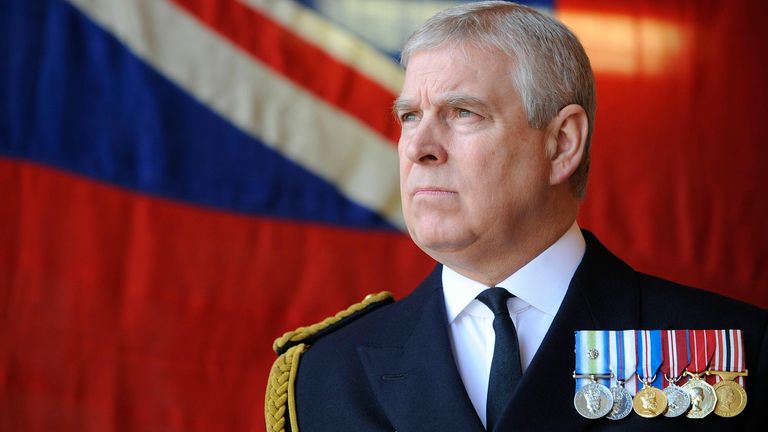 Prince Andrew the Duke of York has been stripped of his military titles just one day after a United States court ruled to proceed with a sexual assault lawsuit against the prince.

This is according to a BBC article dated Thursday January 13, which said “a royal source” indicated that the prince will stop using the title His Royal Highness in an official capacity.

It further said that Prince Andrew’s role will be returned to other Royal Family members and not returned to him, even in the future.

Buckingham Palace said in a statement: “With the Queen’s approval and agreement, the Duke of York’s military affiliations and Royal patronages have been returned to the Queen. The Duke of York will continue not to undertake any public duties and is defending this case as a private citizen.”

Prince Andrew faces a civil case in the United States over claims he sexually assaulted Virginia Giuffre when she was 17, which he has consistently denied.

A judge ruled on Wednesday that the case brought by Ms Giuffre could continue, after Prince Andrew tried to have it dismissed.

Over 150 signatures to strip the Duke of his titles

The news also comes after a letter signed by more than 150 Royal Navy, RAF and Army veterans asked the Queen to strip Prince Andrew of his eight British military appointments.

The latest news means Prince Andrew has now lost military titles including Colonel of the Grenadier Guards, one of the most senior infantry regiments in the British Army.

Buckingham Palace had said previously that the duke’s military appointments were suspended after he stepped down from public duties in 2019.